1) Amortisation of intangible fixed assets related to acquisitions (after tax).

Alexander van der Lof, CEO of technology company TKH: "The results improvement is mainly due to the positive development of the order intake during 2013 within the segment Industrial Solutions. The global investments in capital goods have further increased and also TKH’s market position developed positive. The TKH-technologies meet the important trend towards further enhancing efficiency, quality, flexibility and the level of automation in production processes. In the past few months the order intake again increased, forming a good basis to realise growth in the coming quarters. The decreased demand in the building and construction sector with the segment Building Solutions was for the greater part compensated by the good development in the defined vertical growth markets.”

With 23.8%, Industrial Solutions realised the sharpest increase in turnover. Telecom Solutions increased turnover by 2.0%. Turnover within Building Solutions however decreased by 2.2%.

Financing costs were reduced by € 1.1 million compared with the first quarter of 2013. This decrease is the result of a lower interest rate following the refinancing in October 2013 and the expiration of some interest rate swaps.

Net bank debt increased with € 1.2 million to € 186.9 million compared with 31 December 2013, due to an increase in working capital as a result of the turnover growth. The net debt/EBITDA ratio stood at 1.4 and the interest coverage ratio at 12.6. TKH operates well within the financial ratios agreed with its banks.

Telecom Solutions
Within the segment Telecom Solutions turnover increased by 2.0% to € 38.4 million. Turnover in optical fibre networks improved significantly, due to the mild winter in Europe and the shift in investments in copper network systems to optical fibre networks. EBITA improved as a result of a higher utilisation rate and efficiency improvements, despite pressure on margins due to the current overcapacity at a number of manufacturers of optical fibre.

Building Solutions
Turnover within the segment Building Solutions was down by 2.2% to € 115.2 million in the first quarter of 2014. Lower raw materials prices passed on to customers had a negative effect on turnover of 2.1%. Acquisitions contributed 0.6% to turnover growth. As a results of difficult market conditions in the building and construction sector the organic turnover decline was on balance 0.7%. The turnover decrease was compensated within the segment vision & security systems as well as the segment connectivity systems as a result of growth in the defined vertical growth markets Parking and Marine, Oil & Gas. The segment building technologies showed a slight decrease due to the reluctance to invest in the Dutch health care sector. The impact of the turnover decrease on EBITA was compensated by the efficiency measures taken in 2013 and the focus on vertical growth markets.

Industrial Solutions
Within the segment Industrial Solutions turnover increased by 23.8% to € 160.8 million in the first quarter of 2014. Reduced raw material prices passed on to customers had a negative impact of 1.6% on turnover. Organically turnover was up 25.4%. Within the segment connectivity systems turnover rose due to customers’ improved investment levels in capital goods. Turnover in the segment manufacturing systems significantly increased as a result of the high order intake during 2013. Also in 2014 this positive trend continued with again a record order intake of more than € 100 million in the first quarter. Especially the order intake from Asia was at a high level. EBITA increased sharply as a result of the turnover growth, an improved efficiency and a better distribution of the utilisation rate across the production locations currently present.

Outlook
TKH maintains the outlook for its business segments as presented at the publication of the annual results in March 2014. As usual, we will aim to give a more specific indication of the estimated profit for the full year 2014 at the presentation of the half-year results in August 2014. 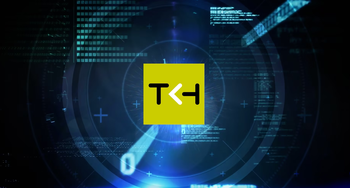