TKH Group has been selected by the Dutch Association of Investor Relations (NEVIR) to one of the three nominees for the Dutch IR Awards 2015 category ‘Companies AMX index’.

The nominations apply for Dutch businesses and professionals who excel in investor relations. "For the eighth year in a row, the Dutch IR Awards are presented in January. Investor Relations primarily is in the spotlight when specific events in the company occurs, such as an acquisition. But also in continuous communication with shareholders and other financial stakeholders, IR professionals can distinguish themselves. This involves how investors value the relationship with a company, but also the quality of the information they get from an IR department. In the research, investors recommend many different companies for the awards, which indicates that the overall level of investor relations is highly appreciated in the Netherlands. However, there is in every category a clear top three, from which an independent expert jury will decide the overall winner", said NEVIR.

The nominations are based on a research where analysts and investors give their opinion which companies and professionals distinguish themselves in the field of Investor Relations. They can assess how transparent the companies are, how clear and detailed their disclosure is but also how accessible the investor relations team and its management is.

On January 8th, Arcadis was awarded as winner in the AMX index. TKH is proud that she was nominated and will do its utmost to be nominated again next year. 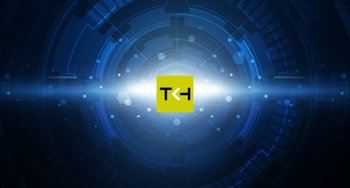