Higher turnover but lower result in the first half of 2019

Alexander van der Lof, CEO of technology company TKH: “In the past period, TKH took a number of significant initial steps in the execution of its ‘Simplify & Accelerate’ program. The envisaged divestment of the majority of its industrial connectivity activities and the acquisition of companies with innovative vision technology will intensify TKH’s technology focus on hardware in combination with software and artificial intelligence. In addition, TKH has made progress in the integration of activities enabling the company to make even better use of economies of scale. With the cost level in the first half year, TKH anticipated on the expected growth in the second half year. Furthermore, the cost level was higher due to integration costs which were implemented in line with the ‘Simplify & Accelerate’ program. This had a dampening effect on the result. Based on the higher order book and a number of projects in the pipeline we expect to increase both turnover and result compared with the first half of the year.”

Financial developments in the first half

Turnover increased by 3.5% to € 753.2 million in the first half of 2019 (H1 2018: € 728.0 million). Turnover increased organically by 0.1%. Lower raw materials prices had a negative impact of 0.3% on turnover, while on average stronger foreign currencies compared with the euro had a positive translation effect of 0.5% on turnover. Acquisitions accounted for a 3.2% increase in turnover. Telecom Solutions and Industrial Solutions both recorded an organic growth in turnover. Building Solutions saw a slight decline.

Amortization costs increased by € 5.6 million due to acquisitions and the higher investments in R&D in recent years.

The financial result fell by € 2.1 million. Interest expenses rose by € 1.2 million, largely due to the application of IFRS 16. This was offset by a more favorable currency exchange impact of € 0.5 million. The result from other associates fell by € 1.4 million, due to the lower volumes and prices of preforms at the associate, preform producer Shin-Etsu in China.

TKH’s net bank debts, calculated in accordance with the bank covenant, increased by € 79.7 million compared with year-end 2018 to stand at € 406.3 million. This increase was related to the payment of dividends, the acquisition of ParkEyes and Commend AG, investments and higher working capital. Working capital as a percentage of turnover increased to 16.5% (mid-2018: 16.4%). The net debt/EBITDA ratio stood at 1.9, which meant that TKH was operating well within the financial ratio agreed with its banks. Solvency stood at 36.9% (H1 2018: 43.1%).

Telecom Solutions encompasses the key technologies connectivity, vision & security and mission critical communication. TKH develops, produces and supplies systems ranging from basic outdoor infrastructure for telecom and CATV networks through to indoor home networking applications. The focus of the business is on the delivery of completely worry-free systems for its clients, thanks to the system guarantees it provides. Around 40% of the portfolio consists of hub-to-hub optical fibre and copper cable systems. The remaining 60%, consisting of components and systems in the field of connectivity and peripherals, is deployed primarily in network hubs.

Turnover in the Telecom Solutions segment increased by 3.2% to € 102.8 million. Currency exchange rates had a negative impact of 0.1%. On balance, turnover increased organically by 3.3%.

Turnover increased organically by 4.0%. The growth slowdown in China was more than offset by the growth in turnover in fibre network systems in Europe. Due to the higher share of the connectivity portfolio in the product mix, TKH was able to improve the gross margin, despite the price pressure in the Chinese market. The expansion of the optical fibre production capacity is on schedule. The extra capacity will be available in the second half of 2019.

Turnover increased organically by 2.0% and was largely realized in the broadband connectivity portfolio for the Benelux and Germany.

Building Solutions connects the core technologies vision & security, mission critical communications and connectivity in comprehensive solutions for security and communications applications in and around buildings, in medical applications, as well as for inspection, quality, product and process control systems. In addition to this, Building Solutions focuses on efficiency solutions to reduce throughput times for the realization of installations within buildings, and on intelligent video, mission critical communications, evacuations, access (control) and registration systems for a number of specific sectors, including healthcare, parking, marine and offshore, tunnels and airports.

Turnover in the Building Solutions segment increased by 5.3% to € 364.8 million. Lower raw materials prices had a negative impact of 0.4% on turnover. Currency exchange rates had a positive impact of 0.8%. Acquisitions accounted for 6.8% of the turnover, although ParkEyes and Commend AG still made a very limited contribution in the first half of the year. On balance, turnover declined organically by 1.9% in the first half of the year. This decline was mainly accounted for by Machine Vision due to lower investments by producers of consumer electronics, and a lower number of lager projects in some other segments.

Turnover increased by 5.3%. Organically the turnover decreased by 9.1%. Machine Vision was affected by a reluctance to invest among producers of consumer electronics. This reluctance was also notable in other sectors in terms of shifts of projects. Thanks to TKH’s earlier investments in innovations and positioning in growth markets, such as the market for solar panels and batteries, turnover improved in the course of the first half. TKH initiated measures to reduce the operating costs of its Machine Vision activities through the realization of cost efficiencies by integrating the 2D vision activities following the acquisitions made in the past period. This resulted in additional costs.

Turnover for larger projects reduced in Parking. TKH took a significant step with the acquisition of ParkEyes. The technology of ParkEyes is complementary to the technology of TKH, which now also gives TKH a broad portfolio for smaller to medium-sized parking garages.

TKH is making good progress in the integration of its security-related businesses. These activities will be combined in TKH Security and marketed under that brand.

Lakesight Technologies made a good contribution to growth in the Tunnel & Infra segment. The roll-out of our vision-based traffic management solutions in the US market gained traction.

Turnover increased organically by 6.3%. The increased need to invest in energy networks from network companies had a positive impact on the demand for power cable systems. TKH also recorded growth in turnover from data cable systems.

Marine & Offshore recorded a decline in turnover due to lower turnover from subsea cable systems. This was due to the fact that TKH started to focus fully on the acquisition of new contracts as of the fourth quarter of 2018. However, TKH did record turnover growth in cable systems for the marine industry.

In the vertical growth market Tunnel & Infra, TKH recorded solid growth by increasing its market share in airfield ground lighting (AGL) systems. We saw continued growth in the demand for our innovative CEDD technology for AGL, which integrates various TKH technologies and competencies, and the positive outlook of continued growth was confirmed by a sharp increase in our quotation portfolio.

Industrial Solutions develops, produces and delivers integrated systems for the production of car and truck tires, as well as specialty cable systems. TKH’s know-how in the automation of production processes and improvements in the reliability of production systems gives the company the differentiating potential it needs to respond to the increasing desire to outsource the construction of production systems or modules in a number of specialized industrial sectors, such as tire manufacturing, robotics, and the medical and machine building industries.

Turnover in the Industrial Solutions segment increased by 1.3% to € 285.6 million. On average lower raw materials prices had a negative impact of 0.1% on turnover. Turnover increased organically by 1.4%.

The decision was taken to divest the majority of the industrial connectivity activities because they were insufficiently aligned with the progressive technology strategy and introduced further focus on the vertical growth markets. This ultimately led to the agreement with Torqx Capital

Partners on 16 July 2019. The remaining connectivity activities are limited in size and have therefore been integrated in the manufacturing systems sub-segment.

The demand for specialty cables and cable systems weakened in the automotive and robotics industries. This was partly offset by growth in the medical industry (Care).

Turnover in Tire Building was higher, while the order book also increased further. The share of the top five tire manufacturers in order intake was at a high level, as was the share of MILEXX (truck tire manufacturing systems), for which there is a lot of interest in the market. The development of UNIXX (new tire-building platform) is progressing well, but the completion of delivery did result in extra costs in the first half of the year and some of these will continue into the third quarter.

Barring unforeseen circumstances, TKH expects the following developments per business segment in the second half of 2019.

Telecom Solutions
At Telecom Solutions, we expect the demand for fibre optic networks to remain high in Europe. Thanks to its strong market positions in Europe, TKH will benefit from this demand. In addition, the capacity expansions we have initiated will become available in the second half of 2019. We expect turnover and result to improve slightly compared with the first half of the year.

Building Solutions
At Building Solutions, turnover will develop positively in the second half of 2019. The order book and order intake are at a healthy level for both connectivity and vision & security and the outlook for potential orders is generally positive. On balance, we expect turnover and especially result to be significantly higher than in the first half of this year.

Industrial Solutions
At Industrial Solutions, we expect to see a slight decline in turnover and result, despite the increase in the order book. We are seeing the geographical reallocation of investments in several projects in the tire building industry outside the top five tire manufacturers, which will result in shifts of some projects to 2020. At the same time, this is expected to a good starting point for 2020.

Barring unforeseen circumstances, on balance TKH expects a net profit from continued operations, before amortization and one-off income and expenses attributable to shareholders of between € 106 million and € 112 million for the full year 2019 (2018: € 110.3 million), with which a strong increase in result in the second half of the year is expected.

The complete press release can be downloaded in PDF 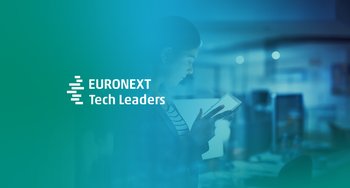 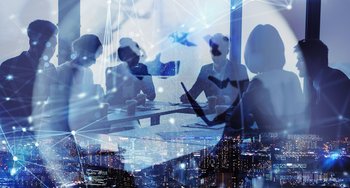